The proposed seven year term that is now gaining popularity that was endorsed by the NRM party caucus has attracted resistance from opposition MPs  on the basis that its frontiers  have  selfish interests  and are seeking compensation for supporting the current controversial presidential age limit bill . 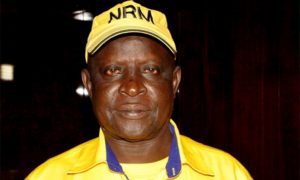 The seven year term of office for the president and the members of parliament was first fronted by Kabula county MP James Kakooza in the 9th parliament but was unpopular among MPs.

ALSO READ:Museveni to meet parliamentary committee on trade and Industry over Sugar Bill

said that  if a bill seeking for extension of the term of office of the and president  members of parliament is  brought in parliament they will entirely  oppose it and vote against  because it against the people’s will who voted the government in power for five years.

Ssemakula said that it’s a bad proposal because it comes at a time when the country is expecting MPs to assessing their performance for the two years they have spent in parliament.

Niwagaba said that   this proposal would not benefit the current parliament and this shall require a referendum to have peoples mandate.