“In the security docket the main issue has been teamwork. When you work as a team you benefit from the knowledge of others,” Museveni said.

“People should contribute their ideas and ensure success thereafter. People should not be shy to help each other in terms of management.”

He made the remarks on Monday while presiding over the swearing in of the new Minister of Security, General Elly Tumwine at State House Entebbe.

The President stressed the need to fill all the existing technological gaps so as to enable the security organs fulfill their responsibilities.

The ceremony was attended among others by the Prime Minister Dr. Ruhakana Rugunda, the First Lady and Education Minister Janet Museveni, and the Minister of Internal Affairs Jeje Odong among others.

The swearing in ceremony was conducted by the Head of Public service, John Mitala. 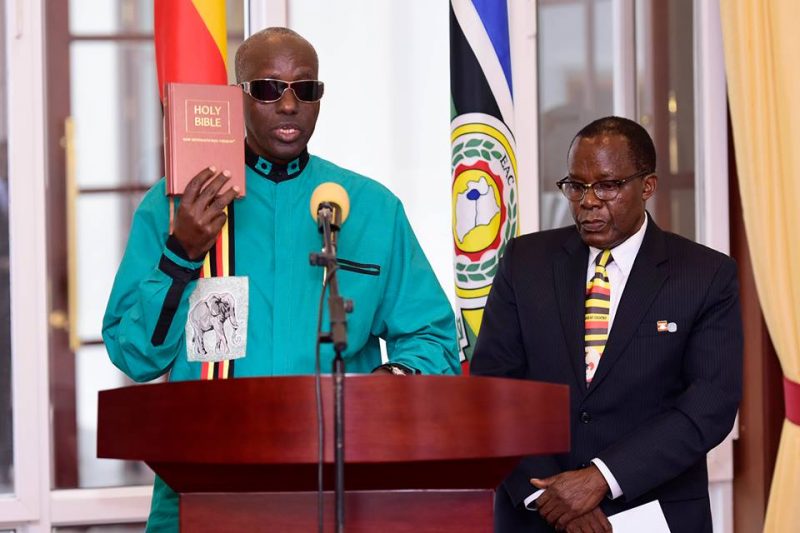