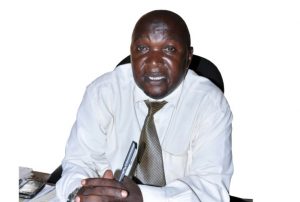 According to the Observer, Hajj Ali K. Mugagga was this year on January 24 sent on forced leave following reports of incompetence and allegations of sexual harassment, among others. In a report released by former students, they argue that in order to save the image of Kibuli SS, the headteacher should be retired from public service.

Following Mugagga’s suspension, the old students on February 1, set up a committee to investigate the unethical behaviour and sexual abuse and were required to conclude the report by February 20

The committee was accordingly tasked to gather evidence of sexual abuse alleged to have been committed by the head teacher and his staff, understanding the operations of school’s governance structures and inquiring into students and staff welfare.

Now, among the key findings, old students found out that; “there appears to be a cartel of sexual predator staff at the school that prey on girls from poor backgrounds especially using the lure of sports scholarships.”

In the snippets of the report, the committee recommended that the board of governors takes action against Hajji Ali Mugagga by retiring him from his position as head teacher in order to prevent further damage of the school’s image.

The report indicates that all the former staff and current, as well as members of the public that spoke to the committee regarding sexual abuse allegations, are living in fear of retribution and mistreatment by the school top management.

The former students have recommended that all members of the board of governors who are currently supplying food and other materials, as well as debtors, relinquish their positions from the board because of conflict of interest.

The board has also been asked to convene an extraordinary meeting to fill the vacant positions at the school. The old students have asked the ministry of Education and Sports to adopt the suggested Sexual Abuse and Misconduct Prevention Policy as well as the Student Incident Report Form on the disciplinary issues in order to prevent or report cases of abuse in schools in the country.

During their investigations, the old students observed that the school enrolment was over 100 students per stream where students were made to sit four per desk which was not a conducive environment for learners.

The old students also demand that the school reviews the awarding of the sports scholarship which was found to be irregular and riddled with nepotism and corruption.

Following the suspension of Hajj Mugagga earlier this year, his deputy-in-charge of welfare, Hajjat Mastulah Nambajjwe, took over as the acting head teacher of the school.