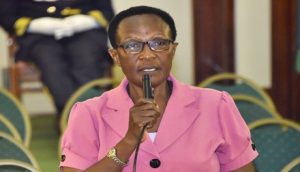 The Ugandan Parliament has ordered government to avail Shs 5 billion that will be used to repair the dilapidated Ugandan Embassy in Brussels, Belgium.

The member of parliament for Gulu municipality, Hon. Lyandro Komakech told parliament during a plenary sitting on Thursday 12 April 2018 that the state of Uganda Chancery in Brussels is in a dilapidated state requiring the Ministry of Finance to avail 5 billion shillings  to rehabilitate the building.

Hon. Reagan Okumu of Aswa county also highlighted the uneasy situation under which the Ambassadors representing Uganda were operating, portraying a bad image of Uganda internationally. He also told parliament that things were worse abroad saying that he  visited Rome, the Ambassador was traveling in a very old vehicle that got stuck, caused traffic and needed to be towed away.

Bubulo East MP, Rose Mutonyi Masaba who is also the Chairperson of the Foreign Affairs Committee of parliament stated that government has kept a deaf ear towards the matters concerning Brussels building. She added that Uganda had lost Prime land which some foreign Governments had availed for construction of missions in Abuja Nigeria, Guangzhou in China among others.

The speaker of Parliament Rebecca Kadaga noted the need to improve Uganda’s embassies abroad and asked the Ministry of Finance to avail the required funds saying Uganda was given prestigious addresses abroad by those governments which needed to be kept shining to keep the good image of Uganda.

The Speaker also recommended that money from inflows from the embassy in Kenya be channeled to financing the rehabilitation of the Ugandan embassy in Brussels, rather than being deposited in the consolidated fund. Kadaga demanded that the Minister assures Parliament that funds meant for missions would not be cut after the budget is approved.

The Minister of State for Finance (Planning), Hon. David Bahati (NRM, Ndorwa West) said the ministry had allocated Ushs 5 billion in the next financial year, to cater for the Uganda embassy in Brussels. He promised that the money would not be reallocated following the approval of the budget. He also noted that all Government institutions  receive 95%  of money allocated to them every financial year but the ministry will ensure that embassies receive 100 percent of money allocated to them in the budget.