At Makerere University, pre-entry exams for Senior Six leavers joining the School of Law were introduced between 2012 and 2013 academic year. 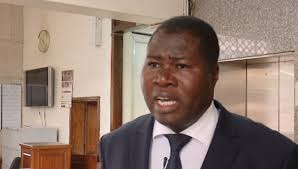 Parliament has approved the scrapping of the pre-entry examinations for the students joining the Law Development Centre.

The decision was taken following a report from the Committee on Legal and Parliamentary Affairs based on ministerial policy statements that were submitted by different sectors to the committee including Law Development Center.

The committee report noted that the quality of lawyers is not determined at Pre-entry, but at the Centre.

The chairperson of the committee, Jacob Oboth Oboth justified its removal since there are some lawyers who are making money from this exercise.

The Minister of Defense, Adolf Mwesige said that there are sufficient checks and balances in the system even before the pre entry examination.

He further stated that the pre-entry exams do not make sense, since there are hard processes that a student who is admitted to LDC goes through.

The minister of Justice and Constitutional Affairs, Kahinda Otafire also supported the scrapping off of these exams saying  the exam was un fair to students as many students who have been failing these exams have gone on to succeed in other neighboring countries.

However this was opposed by MPs including the Bukooli North’s, Guster Mugoya, Aruu County, Odonga Otto, Bududa Woman MP, Justine Khainza and Kawempe South MP, Mubaraka Munyagwa saying that scrapping them will allow every student who does not deserve to study bar course to have access.

The promoters of the   pre- entry exams had argued that Uganda’s education system is marred with malpractices during UNEB exams hence the need for such exams.

At Makerere University, pre-entry exams for Senior Six leavers joining the School of Law were introduced between 2012 and 2013 academic year.