At least 74 people have died in wildfires in the Attica region around Athens, in Greece‘s worst fire disaster in more than a decade.

The coastguard said it and other ships rescued almost 700 people who had fled to the coast, and pulled 19 survivors and four bodies from the sea. A local mayor told the BBC there are fears the death toll could rise to 100.

Mati is located in the Rafina region which is popular with local tourists, especially pensioners and children attending holiday camps.

Rescuers there found the bodies of 26 adults and children, who had apparently hugged each other as they died, trapped just metres from the sea. 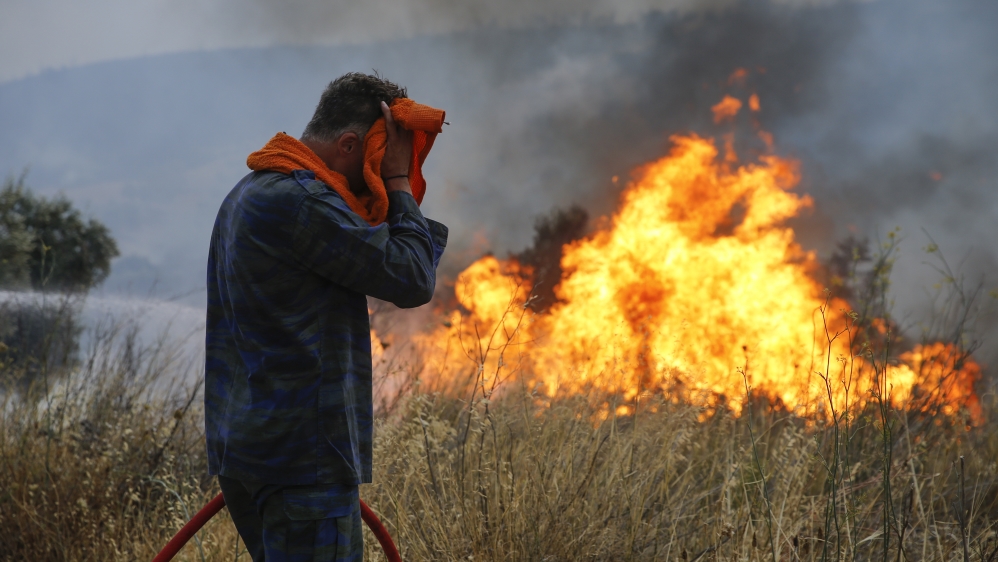 A state of emergency was declared in the Athens metropolitan area

He said more than 1,000 buildings had been destroyed or damaged – his own home among them. Hundreds of firefighters have been battling the blazes and the authorities are seeking international assistance.