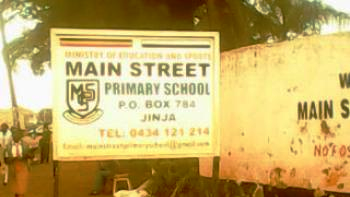 The Jinja Municipality West Member of Parliament, Moses Balyeku petitioned parliament on the unlawful eviction of Main Street primary school and land give away by Jinja municipal council. Balyeku tabled the petition before parliament and it was sent to the committee of education to investigate the matter further.

The speaker Rebecca Kadaga told the committee to make its findings to parliament before the 9th parliament term expires.

Balyeku said that it is unacceptable for Jinja municipal council to give out this school land for the building of a shopping mall  which will affect 1600 pupils. Jinja Main Street primary school land is totaling to 8 acres and it was established in 1936