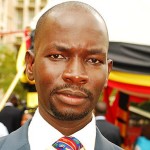 The deputy spokesperson NRM Caucus Denis Obuwa has dismissed allegations that MPs are plotting to increase their salary. This follows the previous reports in media that the recently concluded NRM Kyankwanzi retreat that members of parliament had proposed an increment of their salaries. Obuwa said that nothing like salary increment was discussed and if it was proposed it was a personal opinion.

He noted that even the chairperson of the party Mr Yoweri Museveni stressed that no salary increment will be addressed apart from the teachers. He also confirms that  Government accounting officer’s will work on contract appointments as it was a resolution of Kyankwanzi Retreat. He says this is one of the measures of improving service delivery and also cab corruption in the country.

Obuwa says permanent secretaries and local government accountants will be receiving five years contract of working and if found corrupt they will be expelled.