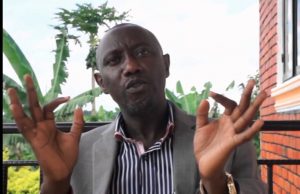 concern over the continuous poor quality coffee in the country which they say is hindering farmers from gaining competitive prices  at the world market.

The districts bosses blamed this on farmers whom they say are in the habit of  harvesting green coffee berries which they say undermines  the  quality of coffee needed at world coffee market and hence reduction on foreign earnings for the country.

Addressing a news conference last week at J&M hotel, Bwebajja on Entebbe road, the district chairpersons who included that for Mityana, Joseph Luzige, Mubende’s Francis Kibuka and Lwengo’s George Mutabazi resolved to start a campaign advocating for by-laws at local levels that will check against any person harvesting coffee green berry.

“Operation Wealth Creation and NAADS have supplied a lot coffee seedlings but their major focus should be on ensuring that there is quality coffee harvested to enable the country meet its target of producing 20 million bags of coffee by 2020.We have resolved to weed out all those farmers who spoil our market by harvesting these green berries,” charged Mutabazi.

The East African Legislative Assembly (EALA) MP-elect, Mathias Kasamba, who was also present during the meeting warned politicians against supporting the farmers in their constituencies to undermine the quality of coffee.

He however, commended the work of the Uganda Coffee Development Authority (UCDA) for closing coffee processing factories that were killing standard of quality coffee.