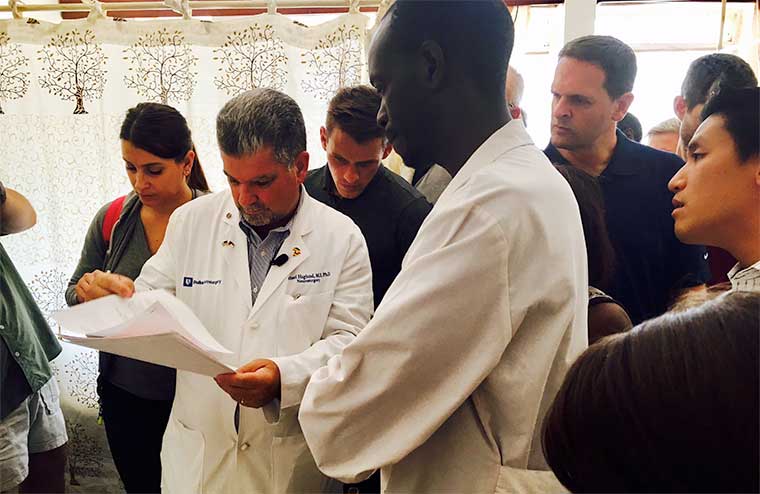 The visiting American doctors getting themselves ready at Mengo hospital on October 22. Photo: @alamb

Mengo hospital has refuted media allegations that the hospital used unqualified doctors to carry out neural surgical operations and led many people to lose their life.

Dr Rose Mutumba Director medical services while addressing journalists on Friday at Mengo hospital said that the media has continued reporting that   patients who were operated during the October neural surgical medical camp died, something that has made Ugandans loss trust in the hospital.

Mutumba adds that they operated 33 patients of which 28 got successful operations and 5 died adding it’s normal because the operations are done on very sensitive part of the body.

She vows that the hospital will continue giving this services and calls upon patients to go for the services.

The public relations officer, Mulago, Enock Kusasira, said on Friday that whenever they conduct camps, ministry of health is informed for approval purposes.

In October, UMDPC issued guidelines for all medical surgical camps conducted here, requiring approvals by National Drug Authority, among others. Were those guidelines followed in the case of the dead and dying from Mengo’s brain surgery camp?