Government has been tasked to uphold the economic, social and cultural rights of Ugandans even as it pursues the campaign to transform the country’s economy. Uganda has been a signatory to the International Convention on Economic, Social and Cultural Rights Treaty since 1987 which mandates the country to uphold those rights. Now speaking ahead of the […]

Uganda Human Rights Commission wants the Minister of Justice and Constitutional Affairs to append a signature on the regulations which guide the implementations of the Anti-Torture Act 2012 which was passed by Parliament on 18th September 2012. The Acting Chairman of the Commission Dr. Katebalirwe Amooti says since the law was passed in 2012 it […] 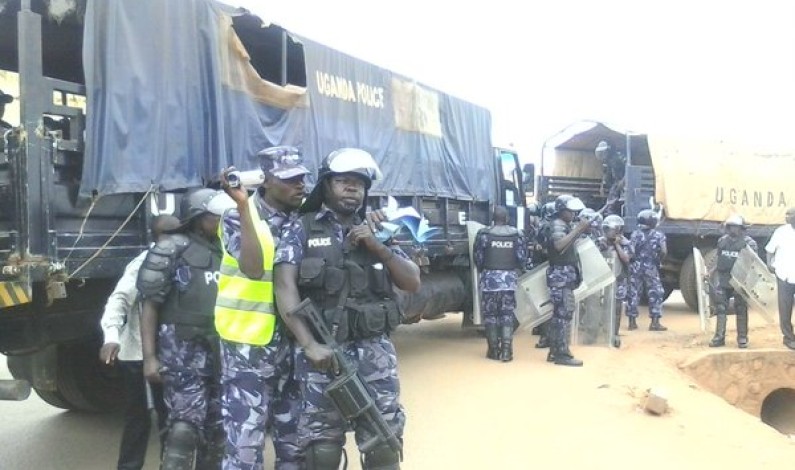 Members of parliament on the legal and parliamentary Affairs committee have grilled the Uganda Human Rights commission officials over their slow intervention on the house arrest of the FDC leader Dr,Kiiza Besigye by security agents. This was raised by the member of parliament for Busiro south Joseph Balikudembe on the legal committee  while the officials of […]

UHRC calls on government for funding

The  Uganda Human Rights Commission (UHRC) is in a financial crisis  if government does not provide funding for the 2016/17 budget as donors are set to stop funding the commission. Appearing before the Legal and Parliamentary Affairs Committee to present the proposals for 2016/2017 budget, the Secretary to the Commission, Gordon Mwesigye said that 30 percent […]

The right to liberty most violated right in Uganda- UHRC report

The deprivation of the right to liberty tops the list of human rights violations recorded in the past one year, the Uganda Human Rights Commission said in its 17th annual report presented to Parliament on Tuesday 24th March 2015. Other violations cited include violation of the freedom from torture and cruel inhuman treatment, denial of […]

A number of women activists in Uganda have been calling for 50/50 women representation in public service. But will they get what they want? Zakaria Tiberindwa explores the possibilities Time check, it is 8:00am here in Entusi Resort and Retreat Centre, an island on a Lake Bunyonyi in Kabale District. In 30 minutes time we […]

MPs on the committee of legal and parliamentary affairs have asked the ministry of finance to urgently find money to have the Uganda human rights commission relocate from the office were they are currently housed. The chairperson of the committee Steven Tashobya says the current buildings on Buganda road where the commission is housed is […]

Prof. Venansius Baryamureba being investigated for paternity issues not rape

The Uganda Human Rights Commission is investigating Makerere University Vice Chancellor Prof. Venansius Baryamureeba for failing to take care of the allegedly pregnancy  with a 26 year old woman. One of the commissioners Agaba Maguru told MPs on the legal and parliamentary affairs committee that the rights body has no powers to investigate the allegations of rape […]

Uganda Human Rights Commission (UHRC) launched the 13th annual human rights report highlighting a decline in acts of human rights violation compared to previous years but still pins the police force for leading in violating the rights. The report cites a 1.5% increase in complaints received in the year 2010 compared to2009 with the commission registering 979 complaints compared […]

Uganda government asked to reveal findings of commissions of inquiry

Uganda Human Rights Commission is demanding Government to avail the outcome of the findings of Kasubi Tombs fire, the Bududa Landslide and the bomb blast on 11th July 2010 that claimed many lives of Ugandans so that the families are compensated and demand for implementation to be effected. The Chairperson of Uganda Human Rights Commission  Med Kagwa while presenting […]