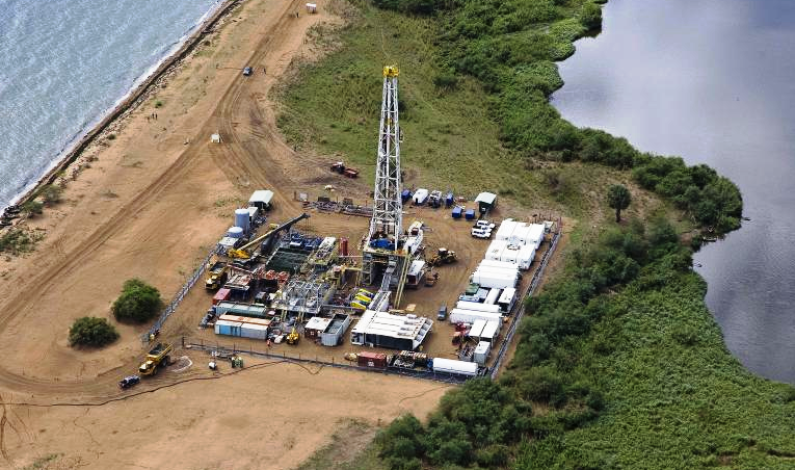 In 2006, Uganda discovered an oil field that is now locally known as the Kingfisher Oil Field. Plans for extracting oil were delayed due to several reasons, but one of  the biggest obstacles that the government faced was access to the site. The oil field can only be approached by helicopter or on water, making it difficult for workers […]

The Prime Minister Dr Ruhakana Rugunda has on behalf of President Yoweri Museveni commissioned two dormitory blocks at Kabukunge primary teachers’ college (PTC) in Kalungu District. President Museveni in his speech read by the Premier said education was a fundamental building block for human development and poverty reduction. Kabukunge is a Muslim founded PTC established in […]

Change of guard at Eskom (U) Ltd

The Prime Minister Dr. Ruhakana Rugunda has hailed the outgoing Eskom (U) Limited Managing Director Ms. Nokwanda Mngeni, for her dedicated work that has contributed to improved power generation in Uganda. He pledged Government’s total support to the new Managing Director Ms. Thozama Gangi. The Prime Minister met the team from Eskom (U) Limited, who […]

President Yoweri Museveni directed that all taxes levied on Savings and Credit Cooperative Societies (SACCOS), especially on the dividends of the members, should be abolished to promote the saving culture and avoid double taxation. This was revealed by the Prime Minister Dr Ruhakana Rugunda who represented him at the celebrations to mark the 93rd International […]

Information Access Centre inaugurated and promise of more around the country

At the official inauguration of a new Hi-Tech Information Access Centre (IAC) facility valued at 300,000 USD, the Prime Minister Dr. Ruhakana Rugunda underscored the importance of ICT. ‘Government will consider the possibility of rolling out the Information Access Centre facilities, alongside other interventions, to ensure universal access to ICTs’, he said. The Prime Minister officiated […]

The President’s remarks at the 6th EDBI for Eastern and Southern Africa.

In a speech read by the Prime Minister Dr. Ruhakana Rugunda, President Yoweri Kagutta Museveni  said a major element of reforming business operations is to invest in peace so as to guarantee the security of persons and property. This was at the opening of the 6th Ease of Doing Business Initiative (EDBI) Conference for Eastern and […]