This follows a Saturday incident in which Police in Mityana district used teargas to disperse members of Buganda Kingdom’s Mbogo Clan. On Tuesday, a delegation of senior officers on behalf of the IGP Ochola, met Bishop Kaggwa at his home in Masaka and delivered apologies to him. (Police photo) They had convened at their ancestral […] 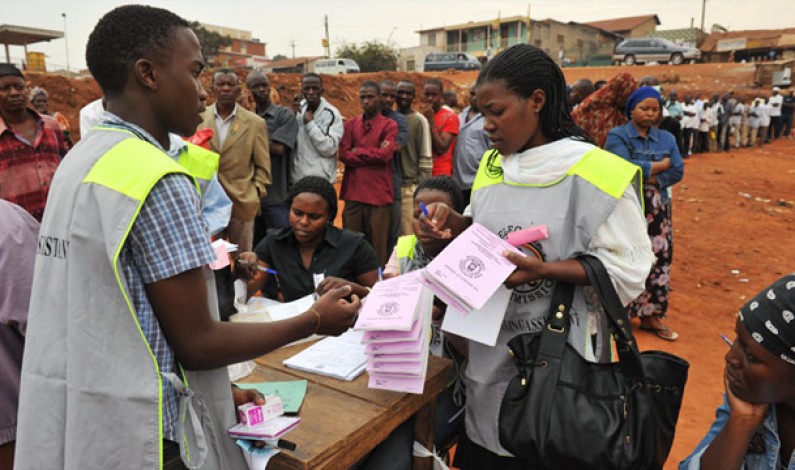 The Luweero Anglican Bishop has directed priests not to contest and participate in the forthcoming Village council elections, saying it might split their churches. Bishop Eridard Nsubuga Kironde issued the directive on Sunday shortly after ordaining priests at St. Mark Cathedral Church in Luweero town. In his speech, Bishop Nsubuga warned the priests against contesting […]

THE Education Service Commission has  warned the public to guard against fraudsters who are soliciting money from them in the pretext of getting them short listed for the post of head teachers and deputy head teachers in government schools. The chairperson of the  commission Lubega Wagwa says that the commission is looking at appointing  221 head […]

Former president of Forum for Democratic Change (FDC), Col. Dr. Kiiza Besigye has condemned the manner in which the retired former assistant Bishop of Kampala Archdiocese, Dr. Zac Niringiye and eight other clergies were arrested on Monday by the Police. The Police in Kampala arrested and detained nine anti-corruption activists (clergies) of the Black […]

Yesterday the A4C leader, Col. Dr. Kiiza Besigye went to pray for retired Bp John Wilson Kahigwa of North Kigezi at All Saints Church . The deceased man of God did not get President Museveni’s Pajero because he was critical of the NRM regime. Bishop Zac Ndiringiye told the mourners that we have equalizers […]

Vice President, Edward Kiwanuka Sekandi is again in deep trouble with his main political rival in Bukoto central, Jude Mbabaali. This time, Sekandi’s problems arise after a group of voters in Bukoto Central re-petitioned the High Court seeking to have Sekandi out of parliament. In the first instance it was Mbabaali who petitioned court seeking […]

Jude Mbababali the man who contested the vice president Edward Kiwanuka Sekandi for the Bukoto central Mp seat has revived intensions to un seat sekandi in court. After he lost the election, Mbabali sued Sekandi challenging his victory, but in a turn of events Mbabaliwithdrew the case after the Katikiro Of Buganda J.b Walusimbi and Masaka Bishop John Baptist Kamyaconvinced him that the Council had passed are solution to create another district […]