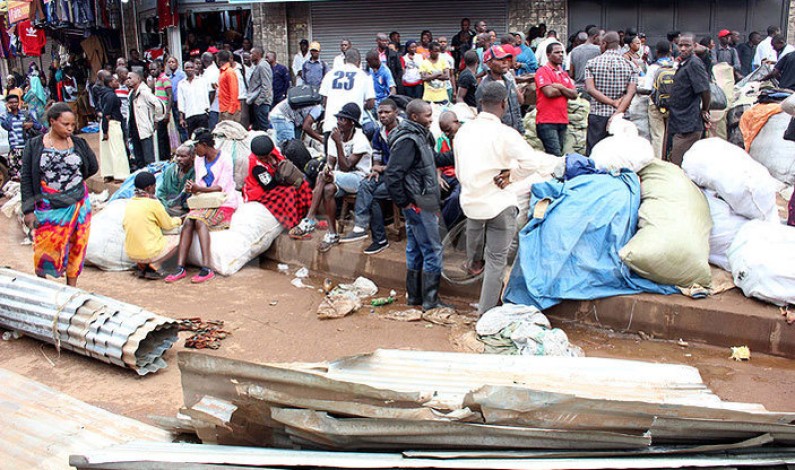 PARKYARD traders under their umbrella association, New Agenda Traders Development Association Parkyard have petitioned Parliament seeking assistance to help them acquire the two billion shillings that was promised to them by President Museveni when their market caught fire. The traders led by their Chairperson, Kassim Sebadduka and Secretary General Muhammed Musisi while presenting their petition […]

Members of parliament are still divided over Dr. Specioza Wandira Kazibwe’s bid for the chairperson of the African Union despite claims that 1 billion shillings was invested by government  for her candidature for this job. The woman member of parliament for Dokolo district Cecilia Ogwal asked Ugandans who have contrary views about Dr. Wandira Kazibwe’s […]

It seems the Uganda Taxi Operators and Drivers Association (UTODA) is not leaving the Old and New Taxi Parks as it was earlier anticipated following President Museveni’s directive to Kampala Capital City Authority (KCCA). It is said that the president on Tuesday sent a memo to the clerk to KCCA council and to the […]

Professor Venansious Baryamureba escapes being thrown in trench by students

Makerere University Acting vice Chancellor Prof. Venansious Baryamureba escaped being thrown in a trench by angry university students from Nsibirwa hall of residence. The students were demonstrating over poor sanitation in their toilets and internship money. When they went to demand for an explanation why the toilets could not be fixed and why they could […]

Intelligence reports have it that some groups of rebels have started recruiting members in western Uganda, an area known as the back borne support of the Uganda ruling party, the National Resistance Movement. The intelligence reports indicate that the police have already arrested an LCI chairperson of Kasharara Village in Sanga Sub-county, Kiruhura District with […]

UTODA to file an ordinary suit against KCCA

UTODA is preparing to file an ordinary suit at the High Court in order to bar Kampala Capital City Authority from taking over taxi parks inKampala. This comes after the court on Monday ruled that KCCA is free to take over the administration of Old and New Taxi Parks. UTODA says that it is preparing […]

It seems the presidents of opposition parties inUgandahave a secret source where they get cash. After John Ken Lukyamuzi of the Consevative Party and FDC president Col. Kiiza Besigye bought houses in Kololo and Makindye respectively, we have got information that Norbert Mao, the president general of DP has bought a pad in Luzira.  We […]