Museveni threatens to sack statehouse staff over Mbidde’s dossier on late MP Nebanda   We are told by impeccable sources in Statehouse that president Museveni is bitter with some of the statehouse officials who receive his letters and ‘sit’ on them. The problem came after a prominent lawyer in Town Mukasa Fred Denis Mbidde, who […] 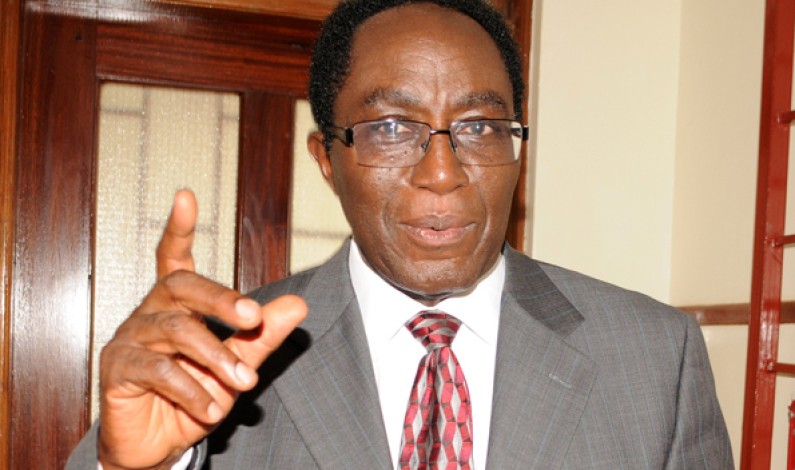 The task force set up by the ministry of education to streamline the staff structure at Makerere University has discovered a serious financial crisis.   The team led by Professor Francis Omaswa today appeared before the education committee of parliament and gave some highlights of their findings. The team says that the tuition fees at […]

The traditional adage in Luganda says that when people are advising the children from well to do families, the children of the poor have to keep listening. The president of Uganda Peoples Congress Dr. Olara Otunu has advised supporters of the ruling political party in Uganda to stop mistreating people. He says that when the […]

Suspected hackers reportedly based in US have again pulled down Uganda statehouse website. This is not the first time hackers misuse Uganda government websites. Recently they posted a picture of FDC leader Kizza Besigye seated on a stool in a rather pensive mood on the website of the ministry of works. And no so […]

In what looks like a provocation, the planning committee of the Democratic Party has sent invitations to ministers in president Museveni’s government inviting them for a closed door meeting at City House. The City House building onLuwum   Streethouses the headquarters of the Democratic Party. The details on the invitation cards tell the ministers […]

My name is Fred Mukasa Mbidde, the legal advisor of the Democratic Party. I have evidence that some of our party members Simon Peter Ochene, Gerald Kobwemi, John Tumusiime among others are being used by the NRM government to destabilize the Democratic Party and I have written to the party to convene disciplinary committee meeting […]

Members of the opposition Activists for Change pressure group are planning to take their walk–to- work protests and anti government rallies to Rwakitura, the district where Museveni’s upcountry home is located. Intelligence reports indicate that A4C is to spread anti government crusades in westernUgandain a bid to discredit Museveni’s government. The A4C coordinator, Matthias Mpuuga […]

President Museveni has invited the former industry minister; Nathan Igime Nabeta to statehouse to console him upon losing last week’s parliamentary by elections in Jinja East to an FDC candidate, Paul Mwiru. Museveni has reportedly summoned Nabeta after Nabeta announced yesterday to members of the press that he is quitting active politics such that he […]

Museveni to sack press staff over negligence of duty

We have been told that president Museveni has threatened to sack the leaders of his press team over negligence of duty. The president is reportedly bitter that his press team is almost the poorest in the east African community. A source in statehouse Nakasero told us this morning that the president wonders how the statehouse […]