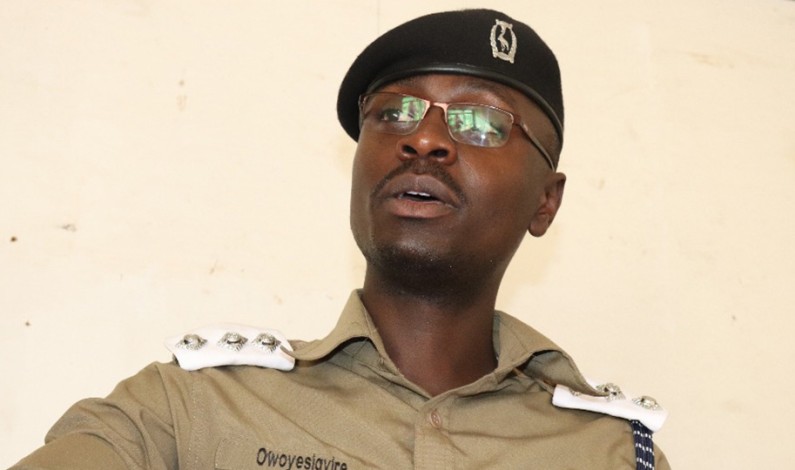 Police arrests opposition leaders for walking while going to court

Their vehicles were recently shattered during the recent demonstrations, but the police and the government in general doesn’t want opposition leaders to walk on foot or use public means while visiting markets, courts, places of workshop… Some of the opposition leaders like Kenneth Paul Kakande (the spokesperson of the Democratic Party) have no cars because […]

Members of opposition Forum for Democratic Change have spent the whole of today in shock after the state preferred murder charges against their supporters arrested yesterday. The spokesperson of police, Judith Nabakooba says that FDC supporters are in detention over the killing of a policeman John Bosco Ariongo. Some of the FDC supporters facing […]

Police have blocked the supporters of opposition parties from entering Katwe play grounds where an opposition rally was due to take place. The rally was being organised by the Activists for Change (A4C) members. The venue where the rally was meant to take place is surrounded by soldiers and policemen. The coordinator of A4C, Mathias […]

Former Lubaga South MP Suzan Nampijja and her siblings are still in coma. Ms Nampijja, her niece Shakira Namutebi and maid Harriet Kisakye are admitted atKampalaInternationalHospital. Nampijja and her family were reportedly attacked by her ex-husband towards Sunday midnight at Kitebi zone in Rubaga Division,Kampala. The husband in question has also been arrested by police […]

Police has detained 23 employees of National Housing Corporation for allegedly torturing and causing death of one person. National Housing Corporation is currently involved in a land dispute with local residents of Namungona over proper land ownership. Ibin Senkumbi the Kampala metropolitan police spokesperson says the employees illegally arrested and locked up Isaac Lubega and […]